Tahua is located on the northwest bank of the Salar, about 120 km from Uyuni, and at the foot of the majestic Tunupa volcano. Its inhabitants are mainly dedicated to the raising of llamas and the cultivation of quinoa, some of them are also engaged in the extraction of salt.
There are multiple legends around the Tunupa volcano and the formation of the Salt Flat. Most of them agree that Tunupa was a woman of extraordinary beauty and that it was she who, following a love story, created the Salt Flat. It is because in the area the salt flat is also known as the "Tunupa Salt Flat".

For every tourist who visits the hotel, ATIPA receives a dollar. In addition, by owning 40% the Association receives dividends every year. With this income, ATIPA has created a common fund for the benefit of all its members. These funds have helped pay part of the medical expenses of one of the partners, who suffered a serious accident while working. With these funds, ATIPA also built a lookout point on the Tunupa volcano (from where you have a privileged view of the Salar) and contributed to the improvement of the road to the viewpoint; this with the expectation of attracting more and more tourists to the area.
In addition, some members of ATIPA have undertaken and built small accommodations, which are used to house drivers and guides, thus creating a symbiotic relationship between the Hotel and these particular ventures. 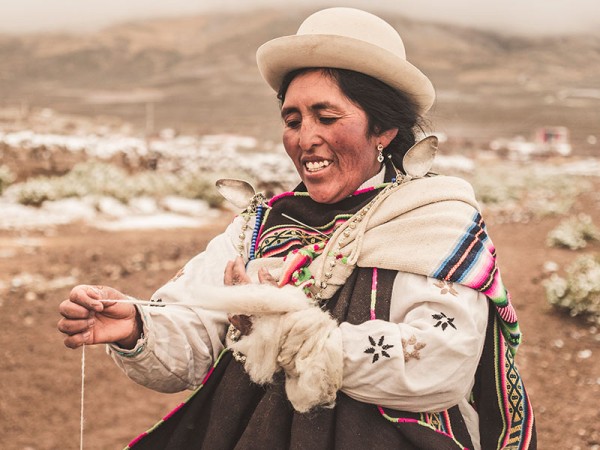 Member of the community showing their art 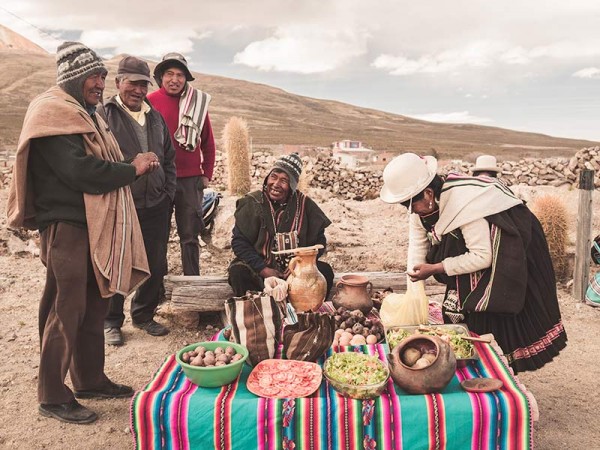 Members of the community sharing the traditional Apthapi 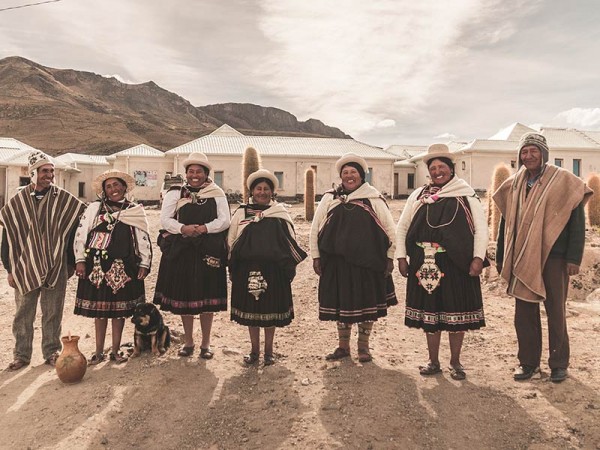